East meets West: Mindfulness and the Practice of Choice Theory and Reality Therapy

Published in the Conference Journal of the European Convention of the William Glasser Institute, WGII, Dublin, 2005

Why should those of us who use Choice Theory and Reality Therapy in our lives or work concern ourselves with the practice of mindfulness?

The answer is that mindfulness practice is not only compatible with Choice Theory but is also a very useful tool in Reality Therapy.

Mindfulness practice is becoming increasingly popular. Books and training courses on “living in the now” are proliferating. There is increasing interest in using mindfulness in Cognitive Behavioural Therapy. The work of Dr Jon Kabat-Zinn at the Stress Reduction Clinic of the University of Massachusetts Medical Center has brought mindfulness practice into mainstream medicine. Dr Kabat-Zinn teaches his patients to use mindfulness and yoga exercises to enable them to live better with pain and chronic stress.

What is mindfulness practice? Essentially, it involves choosing to be aware of what is happening for us right here and right now.

Right now you are reading this article. You are breathing. Perhaps you are drinking a coffee at the same time.

Later you may be talking to somebody or driving or walking along a street.

“Simply,” however, is the wrong word. Try as you will to stay in the “now” you will find yourself drifting into thoughts of the past or future or into fantasy.

During these times you are not in touch with present reality. You are in a dream world.

Because of the mind’s tendency to drift away, the practice of mindfulness involves choosing again and again to bring your attention back into the present.

The connection with Choice Theory is this: we make choices in and out of awareness; the more awareness we have, the more control we can exercise over the choices we make.

One of the major sources of mindfulness practice is Buddhism. Buddhist psychology places a high value on awareness of what is happening to free us from unhelpful mental habits and false perceptions. It also places a high value on developing the ability to make new, beneficial choices rather than almost automatically following well-worn paths.

There is another parallel with Choice Theory: Buddhist psychology also values working with our behaviours in the present rather than dwelling on the past.

The following are some other ways in which the practice of mindfulness can be helpful to those who apply Choice Theory to their own lives or who use Reality Therapy at work:

When we consider a situation in a mindful, aware state, we have a far better chance of seeing the choices available and of making considered choices. For instance, when we compare a perception to a Quality World picture we may experience a frustration signal and act, effectively or ineffectively, to get what we want; or we may experience satisfaction and act to get the same experience again. But is the particular Quality World picture we are trying to meet one which we should be trying to meet at all? Is there another picture we would do better to try to meet instead? Mindfulness provides a mental space in which we can ask ourselves these questions. Otherwise the questions may not even occur.

One of the essential aspects of the practice of Reality Therapy is to adopt a non-punitive approach to persons whose plans are not working or who, indeed, have failed to carry through a plan. This is also an essential component of the practice of mindfulness. People practicing mindfulness are asked to take a kind, non-judgemental approach to themselves. They are encouraged just to accept it when they find their mind has wandered, as it will a thousand times a day. They are reminded that the key aspect of the practice of mindfulness is not to be aware of everything every moment of the day but to always bring your mind back gently to awareness every time it wanders off into a fantasy.

Some applications of mindfulness practice in situations which practitioners of Reality Therapy are commonly asked to help with are:

A mindfulness-based approach to panic attacks might include asking the person to be aware of the four components of Total Behaviour during the attack. What exactly happens to you physiologically, what is going through your mind, how do you feel emotionally, what do you actually do while it is going on? Is it possible for you to experience the panic attack without judging it as good or bad, without running away from it? Can you notice what other people are doing while you are having the panic attack? Can you notice that other people don’t actually realise you are having a panic attack? Encouraging the person to attend to all the aspects of Total Behaviour in this way and not just the one which is uppermost in his or her mind can help to give the person some degree of detachment from what is going on and some degree of control over his or her actions.

Where a person is suffering from groundless anxiety most of us would, as practitioners of Reality Therapy, encourage that person to take action to meet Quality World pictures despite the anxiety. If the person manages to do satisfying things, then the anxiety will abate sooner or later. In mindfulness, the person would be encouraged to simply be aware of the anxiety without feeling a need to have it dictate his or her actions and to go ahead and do whatever needs to be done while allowing the anxiety to just be there. This works hand in glove with the Reality Therapy approach: just go ahead and do what needs doing, even though the anxiety is there, they both say. One way of putting it is to say, “Allow the anxiety to accompany you” while you go about doing what you need to do.

Mindfulness can be a powerful tool for anybody using a Choice Theory approach to depression. The person who has suffered recurrent bouts of depression needs to know that there is something that can be done about it as soon as the first signs of depression appear. That something, for the practitioner of Reality Therapy, is to engage is more beneficial doing, thinking or doing behaviours. People working on the application of mindfulness to the treatment of depression take the same approach.
They suggest that persons who have been badly depressed a number of times before tend to make one fundamental error. At the first sign of fatigue or low mood or negative thinking they assume the depression is back. They then think themselves into a de*pression by “awfulising” about it, or they stay in bed because of their fatigue, or they drop their normal activities. What they need to do as soon as they spot any of the “signals” of depression is the opposite: stay physically active to combat fatigue, do more rather than less and think as positively as they can under the circumstances.
That’s a standard Reality Therapy approach. Where mindfulness can help is in enabling the person to spot that very first “signal” that depression might be “coming back”. Once spotted, it can be tackled. So encouraging people to be aware of the “signal” when it occurs can be a useful tool for any helper who uses a Reality Therapy approach to helping others.
I would add that because mindfulness involves being aware of what is going on in the present moment with the people and objects around you as well as with yourself it can help to reduce the tendency to brood and ruminate. Since rumination can get people into a depressed state and keep them there – rumination is ruination! I tell my clients – anything that counteracts that tendency is valuable.

Here are some ways to cultivate mindfulness:

Awareness of breathing Wherever your mind may be, your breathing is always in the present moment. So remaining awareness of breathing is a standard method for cultivating mindfulness. You don’t have to breathe in any special way to do this: just be aware of your breathing, that’s all. You’ll drift away a thousand times, of course, but keep coming back to it. The heart of the practice is choosing to bring your mind back when you discover it has drifted away.

Awareness of posture Are you standing, sitting, walking or lying down right now? As you are walking along a street, can you be aware that this is what you are doing? I am aware that thinking while walking is a great pleasure for many of us but try coming back into the here and now sometimes too! There is a whole world out there which you may not have seen for a long time.

Awareness triggers These are activities which you decide you will carry out in awareness as a help to developing mindfulness. These could include: walking up the stairs, answering the telephone, using your computer mouse, driving (instead of fulminating at other drivers!), having a shower or any of a myriad of everyday activities.

At the start of this article, I mentioned the use of mindfulness practice by Dr Jon Kabat-Zinn at the University of Massachusetts for patients with chronic pain and stress. If you read his book Full Catastrophe Living, in which he describes his method, you will be struck by its parallels with the principles of Choice Theory.

A similar approach has now been introduced in Ireland by a GP, Dr Kate Healy and Mr KD Ryan, director of the Dublin Buddhist Centre, through their Blue Sky course.

Below I list some books and websites on mindfulness and therapy and on Buddhist psychology. I would particularly recommend Dr Kabat-Zinn’s book, Wherever You Go, There You Are, an interesting read full of good ideas for anybody who wants to explore the use of mindfulness in daily life.

Brantley, Jeffrey. 2003. Calming your anxious mind: how mindfulness and compassion can free you from anxiety, fear and panic. Oakland: New Harbinger Publications Inc.

Kabat-Zinn, Jon. 1994. Wherever you go, there you are: mindfulness meditation in everyday life. New York: Hyperion.

O’Morain, Padraig, 2007. Like A Man – a guide to men’s emotional wellbeing. Dublin: Veritas. 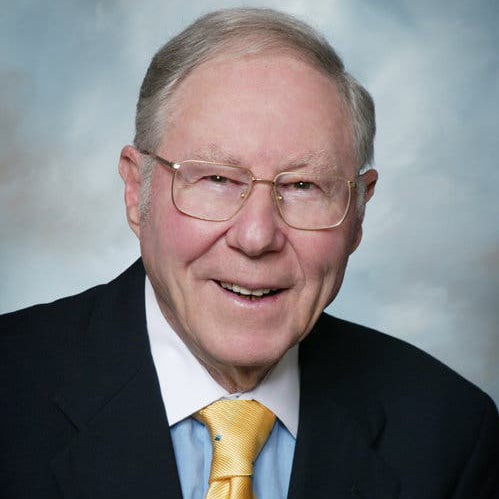 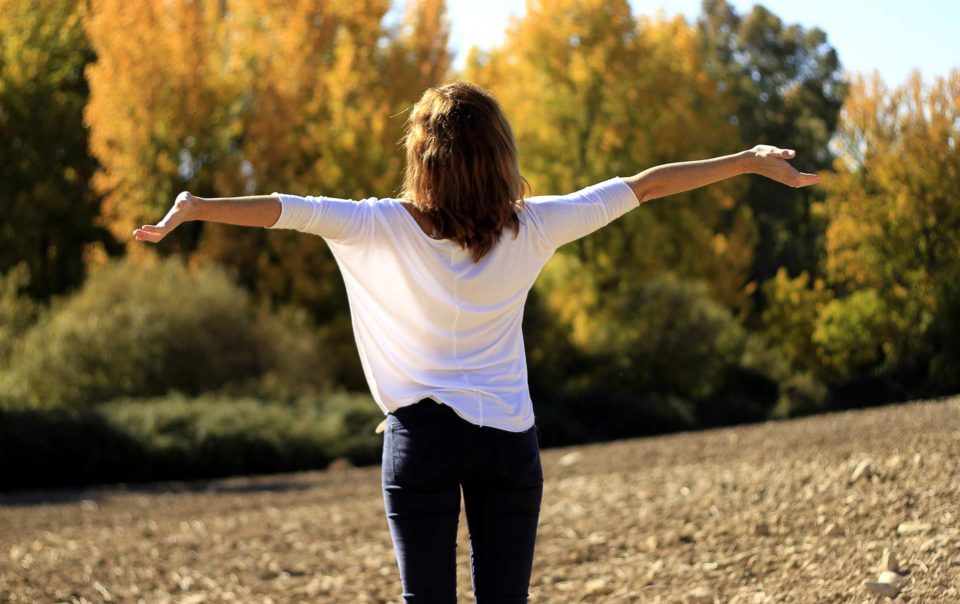 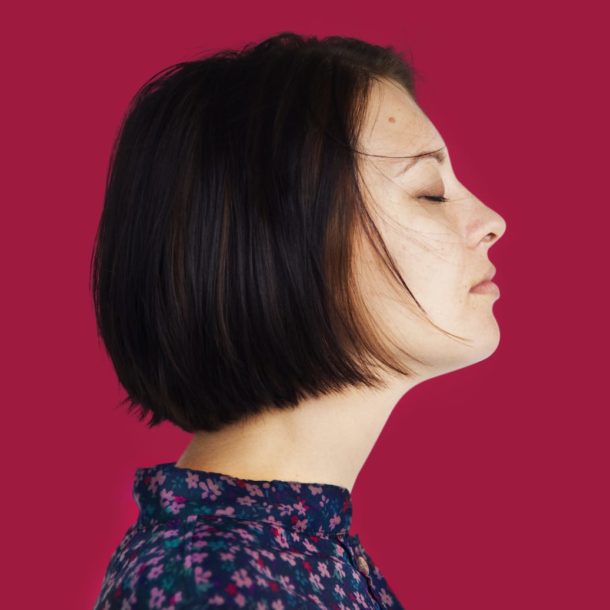 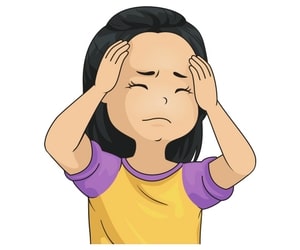